Taking credit for someone else’s work or copying another student’s content is considered highly offensive and can lead to strict punishment.

The school expects students to be on their best behavior during examinations and steer clear of any illicit and dishonest methods that can result in disqualification on the grounds of academic misconduct.

Faking signatures of school officials comes under fraud. It is a case of student dishonesty. Schools take this very seriously and take the needed actions against the students accused.

Vandalism on school premises is strongly condemned. Students are responsible for using the school supplies with due care. It is necessary as everyone should get the opportunity to access it fairly.

• Creating a disturbance in class

If a student is the cause of any type of disruption in the school environment or disturbs the flow of classes, the student is guilty of violating the school’s code of conduct.

All students must provide accurate and sincere information about themselves when the school requires it. If the student fails to do so or gets caught using an illegitimate identity, it can hamper the student’s reputation. It also leads to potential charges and even suspension or expulsion from the school.

If you are someone who is facing charges by the school due to academic misconduct, your first step should be to seek the services of a misconduct attorney. A misconduct mark in your academic record can affect your career to a great extent. It can also lead to losing scholarships, housing provided by the school, and other benefits. Therefore, consult a professional to get helpful legal advice.

What is academic dismissal?

Before you get down to the questions asked when appealing for academic dismissal, it would be in your best interest to know the basics of the latter. Directly jumping to conclusions can bring out undesired outcomes.

If a student gets dismissed from a college, program, or a major, it means that the student is unfit to meet the academic requirements of the latter. When students do not meet those requirements, it is likely that they will be encountering academic dismissal. There could be a number of reasons behind such a matter.

For instance, a student can get academically dismissed due to a semester GPA, a specific grade required in a course or subject, or other similar reasons laid out by the academic institution.

As a result, a student may likely lose their financial aid or scholarships entirely.

What should a student do if they are academically dismissed?

It would be most helpful if the student researched which colleges or institutes accept academically dismissed students. Lastly, a student can also reapply in the college from where they have been dismissed.

How can you successfully appeal a dismissal?

Now that you are familiar with the precise idea of academic dismissal, it would help your case more significantly if you knew how to appeal an academic dismissal successfully. You should read the steps below to find out how you could do the latter:

A student who is well mannered will first greet everyone. Once done, the student should introduce everyone and explain each person’s role in the hearing or appeal process. A student can use this as an opportunity to display their eagerness for the appeal.

Another factor that could help a student is to provide an explanation related to the outcome. It would be most helpful if one explained the reasons behind the outcome being unfair or wrong.

Apart from the explanation, there are certain elements that need to be addressed by a student when appealing for academic dismissal. The student must point out instances or points where the procedure felt wrong. Such factors can ensure positive outcomes for the student.

Evidence plays a vital role in each appeal hearing. If you have any evidence, you must not hesitate from presenting it. Evidence can prove one’s innocence. You should consult a lawyer if you need help in presenting evidence.

Previous What Is Medical Tourism?
Next Is Fort Myers A Good Place To Invest In Real Estate 2023 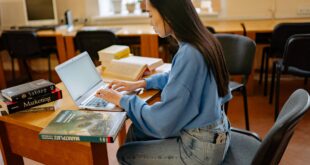 6 Ways Modern Technology Can Simplify Your Life While Studying

Modern technology has transformed the way people study in a variety of ways. But still, …