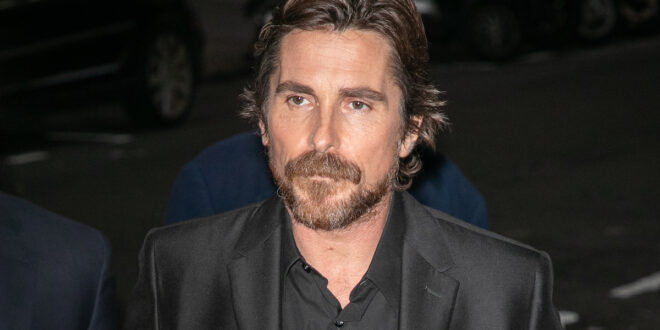 7 Christian Bale Movies You Need to Rewatch in 2022

We’ve all watched movies starring Christian Bale, which is why we know that he’s one of the most talented actors in Hollywood. Not only does he always use 100% of his acting skills, but he also ensures that he depicts the characters he plays in a natural way. This means that he often gains and loses weight for his movies, but, he also changes his physical appearance to suit the needs of the film.

Although he didn’t act in a TV show since1987, he did act in over 55 movies, so, if you were thinking about rewatching some of the best ones, you’re lucky since this is exactly what we’ll discuss in this article today. Here is our pick of the top 7 Christian Bale movies that you have to rewatch by the end of 2022:

The very first movie and, perhaps, one of the best Christian Bale movies that you should consider rewatching is “American Psycho”, a combination of several genres including dark comedy, horror, and thriller. As it begins, we’ll slowly start witnessing a scary and emotionally unstable performance by Bale. During the day, he’s a rich banker with a perfect life, however, his hobbies might seem a bit weird, especially the part where he likes carrying out murders. This is one of the most complex roles in Christian’s career, and it’s definitely worth watching again since he perfectly depicts the entire specter of human emotions.

If you like watching Formula 1, you’ll definitely like rewatching this movie. Like some other characters that he played, Christian takes on the role of Ken Miles, a driver who has the goal of defeating Enzo Ferrari and his machines during a race. However, Enzo isn’t an easy driver to beat, which is why Bale needs to partner up with another individual, Carroll Shelby, played by Matt Damon. Together, the two people strive to build a Ford vehicle that’ll meet all the speed and efficiency requirements they need for winning the race of their life.

Although a lot of individuals might overlook this important movie, it’s definitely worth watching, especially since it depicts a period in US history through dark humor, as well as political horror. A capitol insider played by Christian is offered one of the greatest positions of Vice President by then elected George W. Bush, played by Sam Rockwell. Naturally, Bale’s character accepts the offer, but with it comes great responsibility, including control over the military, bureaucracy, as well as foreign policy. Besides the interesting plot, Christian’s performance is perfect, mostly because he perfectly carries out the person of Dick Cheney.

In a relatively new Western movie that is set in a period at the end of the American-Indian wars, Bale stars in a movie that features fictional characters and missions, however, the story is quite real. Since you’ve watched the film, you probably know that it describes the real and unpleasant history of the period. The story follows Bale’s character who is given an assignment of following a Cheyenne chief through land that is extremely dangerous. On the road they opted for taking, a lot of things happen and according to Scott Jason Cooper, the movie is definitely worth rewatching because of the amazing cinematography, acting, and story.

It’s pretty safe to say that Christian had to go through one of his most extreme transformations for this movie. In fact, he had to drop his weight to 120lbs for this film! Nonetheless, his character, a factory worker called Trevor hasn’t slept for more than a year because he experiences a drastic case of insomnia. As time passes, he starts having a difficult time knowing what is real and what isn’t. From there, the plot develops into a thrilling story, one that audiences all over the world had problems with determining whether it was real or fiction coming from the mind of Trevor.

Now, don’t get discouraged by the IMDb rating for this movie, especially since it’s one of the most interesting movies Bale took part in. A youngster chooses to go to a mine where his mother works, but he chooses to do this on a wrong day, mostly because it’s the day that his mother awakens a dragon that murders everyone but the boy. Almost 20 years later, the boy, now played by Bale takes a group of people living in a castle with the hopes that they’ll survive the dragons whose numbers are now in the hundreds. Though it’s often overlooked, it’s definitely worth watching, especially since it’s a combo of Sci-fi, thriller, and drama.

No list of Christian Bale movies is complete without mentioning at least one Batman movie, thus, you should definitely choose to rewatch the Dark Knight. It’s the most successful part of the entire trilogy and the dark plot will quickly have you question what side you’re on. Since Batman’s team managed to keep crime low at all times, Bruce Wayne was capable of having a normal life, however, this was all destroyed with the appearance of the Joker, played by Heath Ledger. The combination of actors and stories is amazing, hence, don’t forget to rewatch all parts!

Christian Bale has been a major part of the Hollywood music industry even before he entered his teenage years. This is, perhaps, one of the main reasons why he has become an amazing actor that always gives 100%, no matter what character he needs to portray and what story he needs to convey.

Hence, now that you know what are some of the top Christian Bale movies to rewatch, don’t waste any more time. Instead, you should go through our list above one more time, determine what you’ll want to watch first, then grab some of your favorite snacks and beverages, and enjoy endless hours of good stories and acting!

Previous Is Coding Therapy the Best Way to Stop Drinking – 2022 Guide
Next How Christian Bale Prepares for his Roles? 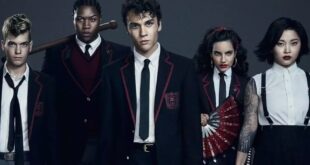