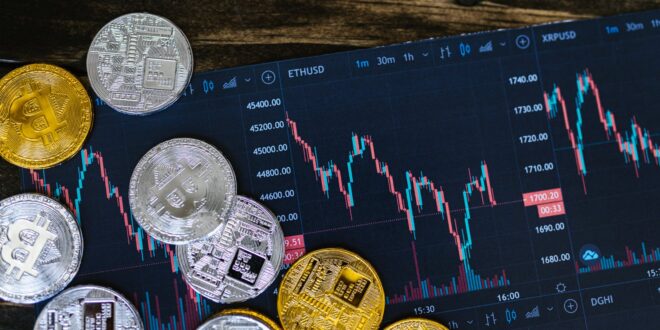 How the Crypto Market Has Changed Certain Industries

Courtney Corbett May 12, 2022 Finance Comments Off on How the Crypto Market Has Changed Certain Industries 12 Views

The growth and popularity of cryptocurrency since the 2020s has been unprecedented. Bitcoin’s drastic and sudden rise in value has completely shook the financial world to its very core. More and more people are becoming interested in cryptocurrency. In fact, younger people are far more likely to invest in bitcoin than take any other investment option. The reasons for this are plentiful, but one of the biggest reasons seems to be that younger people tend to be a lot more independent, choosing to rely on their own savvy, rather than any institution or corporation.

The rise of the crypto market has led to several societal changes. For one, many shops are beginning to now embrace crypto-based payments. Once upon a time, many believed that it would take decades for this to become commonplace. However, here we are, only 10 years later, and you can buy a coffee from Starbucks using Bitcoin. Another way in which crypto has changed society, is the impact it has had on certain industries. Let us take a look at the industries that have been impacted by cryptocurrency.

One of the fastest-growing industries in the world today is the gaming industry, which has quickly become a multibillion-dollar industry. Video games were once considered little more than a toy for children. However, today most games are played by an audience of 18 to 30-year-olds, and more and more games are beginning to appeal to adult sensibilities, tackling more mature topics, such as sex, violence, psychology, politics and mental illnesses. So, how exactly has the gaming industry been affected by the growing crypto market?

For one, the invention of crypto-based gaming. Non-fungible tokens are the newest fad in the crypto world, and one of the most popular NFT-based products is the video game Axie Infinity.

Similar to Pokemon, Axie Infinity can be played through blockchains, and allows players to purchase new NFTs to make progress in the game. NFTs in general have become majorly popular in 2023, and a lot of NFTs featured on the best NFT platform are video game related.

Apart from NFT games, cryptocurrency is used in various games to make in-game purchases. This practice has led to an easier and more streamlined way to purchase loot boxes and other features in video games.

Gambling is one of the oldest and most enduring hobbies that humanity has been partaking in. Many historians believe that our prehistoric ancestors were the first to gamble, meaning that the practice is much older than what was initially believed. Though no evidence exists for these claims. Regardless, the gambling industry as we know it today, involving the large and opulent brick and mortar casinos has its roots in the 1600s.

But, in the early 2000s, a new form of gambling emerged. Online gambling has been steadily growing in popularity, reaching its apex in 2020. Today, online gambling is much more popular than it has ever been before. It draws in gamblers from all around the globe, making gaming a lot easier and accessible.

In recent years, there has been a massive push for online (and land-based) casinos to begin accepting crypto-based payments. A lot of casinos have relented, and in 2023, there is a huge number of both online and brick-and-mortar casinos that will accept Bitcoin, Ether, Tether, Ripple, or a dozen other cryptocurrencies on the market. For those of you curious to try out an online crypto casino, make sure to find one that is licensed and regulated by trustworthy authorities that ensure user safety and security.

Cryptocurrency, as the name implies, is a digital currency which exists encrypted online. The main way that cryptocurrencies function is through the use of the blockchain. This technology is integral to running and operating cryptocurrency. What most investors like about cryptocurrency, is the fact that it is decentralized, meaning it is not affected by the authority of governments or banks. The creator of Bitcoin (the first cryptocurrency) became inspired by famous 20th century economist and philosopher, Friedrich Hayek, who was a huge proponent of decentralizing all currency.

So, what does all of this have to do with the banking industry? Well, as it turns out, cryptocurrency comes as a terrifying prospect to most banks. The decentralized nature means that banks cannot profit from it, and the peer-to-peer system that is at the core of the crypto market, removes the need for a middleman all together. This has led many banks to attempt to get in on cryptocurrencies, opening up to the idea of allow crypto-based transactions and exchanges. 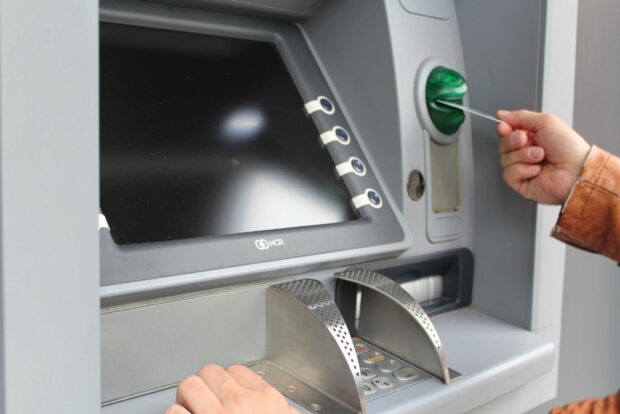 A few years ago, the only way to buy a car was to go to a salon and buy a brand-new car with cash or a card according to our wishes. Or if we do not have enough funds, we had another option to buy a used car that is already used for couple of years, whose price is significantly lower. But thanks to the attention that cryptocurrencies have received, one company that makes electric cars has decided to stand out from the crowd and take the first step in offering consumers a car in exchange for bitcoins. I think you know what the name is. It is about Tesla, whose owner is Elon Musk. He understood the impact that cryptocurrencies have on the functioning of industries and decided to implement this method of payment in his company because as we know he himself is an investor in the crypto market.

Apart from buying cars from this company, many other services that belong to this industry may change in the future. Instead of money, you will have the opportunity to service the car using your crypto wallet to pay for the service. You can charge the car with electricity and the funds can be withdrawn from the wallet. You can also change parts using cryptocurrencies and so on. This will really change the functioning of the industry, and companies will realize that a large number of citizens are interested in buying or investing in a car this way instead of the traditional one.

It is worth mentioning this industry in this article because it really changed after blockchain technology appeared on the scene. In this industry, the most important thing for companies to prosper is to meet the needs and desires of consumers. And what many buyers need is the implementation of this technology in the industry. This desire of consumers was listened to by many companies around the world and they in exchange for their products offered customers payment in cryptocurrencies.

Initially, companies were quite skeptical about this method of payment, but over time they realized that they have a large number of benefits from this activity. Of course, the benefits do not only apply to retailers but also to consumers.

Cryptocurrencies have changed the industry in many ways, as they have offered the opportunity for fast payment transfers where intermediaries such as banks have been eliminated and trade has been reduced to just a seller and a buyer. This represented a significant reduction in costs for both parties. Thanks to these benefits, both the buyer and the seller are introduced to a unique experience, as well as the positive effect of the implementation of blockchain technology. Another positive feature that retails businesses have gained is the acquisition of a completely new group of customers who are interested in buying products and using virtual money as a means of payment.

At the end of the day, cryptocurrency is still a relatively recent phenomenon. To have had the huge impact it has had in only slightly over a decade is a huge accomplishment, and many people believe that the phenomenon will endure beyond what is believed in the mainstream. So far we have had the opportunity to notice quite positive changes in various industries, and all we have left is to follow this trend and see what can be expected in the future.

Previous Deadly Class Season 2 Release Date Confirmed or Canceled!
Next How Much Does It Cost to Get a Gun Stippled? Teenagers and young people may struggle with money matters, but good money management can lead …